There were plenty of meet and greet opportunities (as I shared a bag of chips with Marshall Faulk), “chalk talks,” panel discussions, clinics on a regulation turf field inside the I-X Center and even a concert perfoamnce by Terry Bradshaw (of all people). 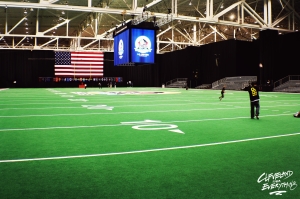 From my understanding, this event was a “pilot” of sorts as the Hall of Fame is looking to take this show on the road. I can’t recall any other event that gave you such unrestricted access to NFL greats so, I am certainly hoping that it returns next year! Until then, go Browns! 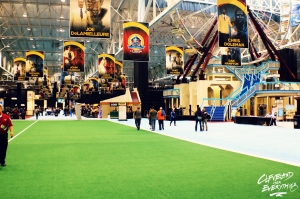