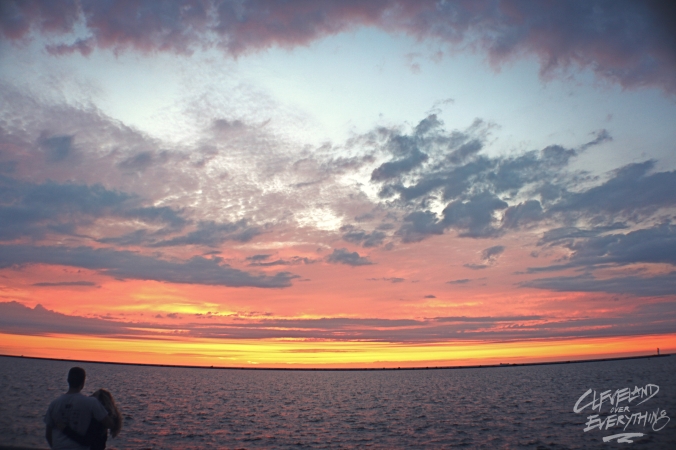 On my way home from the Star Spangled Spectacular, I stopped at a red light near the Marina, looked up at the sky and realized I was at the right place at the right time to catch a beautiful, summertime Lake Erie sunset.

(I’m sure it’s just as beautiful in the winter, I just imagine the experience to be a bit less enjoyable..)

Luckily, I had my trusty camera to capture a few tender moments, like the two lovebirds above. 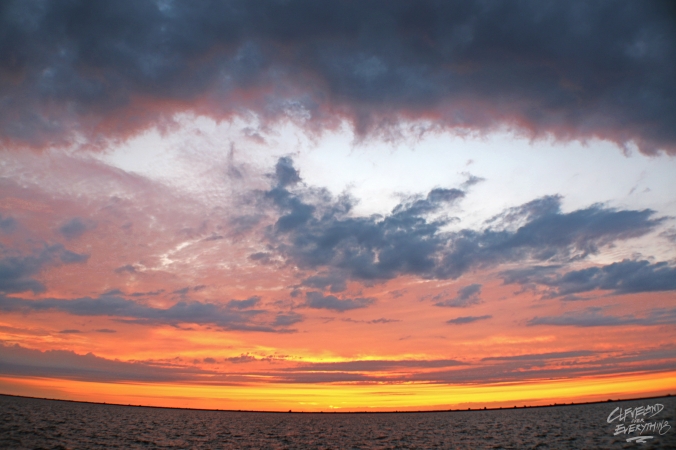 As much as I’d like to let the photos speak for themselves, it is Throwback Thursday so…

Here’s a bit of history about Lake Erie..

Lake Erie was carved out by the receding glaciers of the Great Ice Age. Evidence of this may be seen in the Glacial Grooves on Kelleys Island, the largest accessible glacial grooves in the world.

The greater part of its southern shore was at one time occupied by a nation known to the Iroquois League as the “Erielhonan,” or the “long-tails,” a tribe of Indians from which the lake derived its name. This name is always mentioned by the early French writers as meaning “cat”; Lac du Chat means “Lake of the Cat.” Many attribute this reference to the wild cat or panther. This peaceful tribe was conquered and killed by the Iroquois in the 17th century. The land was later peopled by the Ottawa, Wyandot, and Mingo tribes.

The first European to record Lake Erie was the French trader and explorer Louis Jolliet in 1669. During the War of 1812, Lake Erie played a strategic role, most famously in the Battle of Lake Erie, where Oliver Hazard Perry defeated the British in a sea contest near Put-in-Bay. The victory is commemorated with the Perry monument on South Bass Island.

Don’t take the lake for granted! It is arguably our greatest resource as a city! Not only is it a bountiful resource and a source of endless fascination but, it provides transportation, employment, food, and recreation to residents of and visitors to Northeast Ohio.