Remaining 2016 Republican National Convention traffic restriction will begin on Monday, July 18, 2016. Below is a list of the restrictions in place. 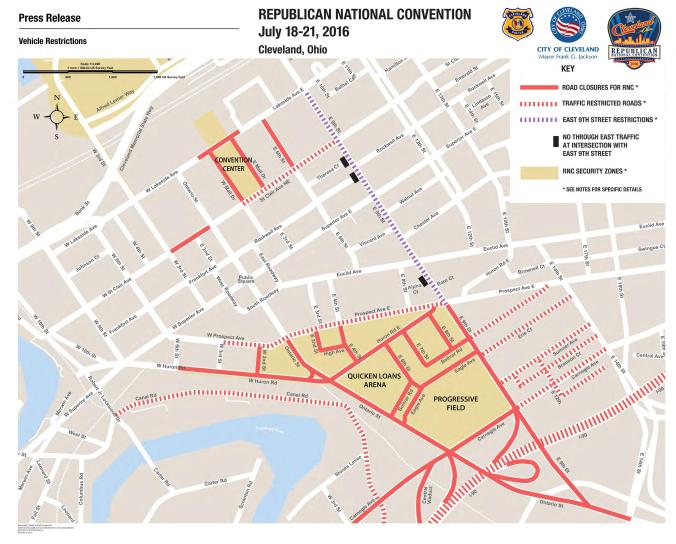 Innerbelt Freeway (Interstate 90)
The following traffic restrictions will be implemented beginning at 10:00 a.m. Monday, July 18  and will remain until 2:00 a.m. Friday, July 22.

In addition, the Innerbelt Freeway will be closed in both directions nightly (Monday through Thursday)…